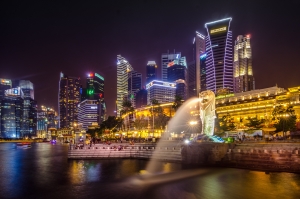 The Monetary of Authority of Singapore (MAS) set the bar high for aspiring digital banks to ensure that the licensees would be well capitalized and have a clear path to profitability. The stringent requirements ensured that defiant upstarts like the UK's Revolut opted out of the competition. In the end, the MAS awarded four licenses, two digital full bank (DFB) and two digital wholesale bank (DWB). There were few surprises. The winners were primarily big platform companies long considered leading candidates. The one exception was the consortium made up of Greenland Financial Holdings, Linklogis Hong Kong and Beijing Co-operative Equity Investment Fund Management, which was awarded a DWB license.

Between the two DFB license winners there are several consistencies. Both Grab-Singtel and Sea are firmly rooted in Singapore but have aspirations to build regional digital services ecosystems. Grab and Sea are both platform companies, but cater to different demographics: Grab to drivers and restaurants, Sea to millennial gamers and e-commerce merchants. In that sense, they are complimentary from a regulatory standpoint. The MAS would have been unlikely to award both Sea and gaming hardware maker Razer a DFB license.

Razer likely lost out to Sea because it lacks the latter's ability to serve SME clients. One of the MAS's main requirements for digital banks is to facilitate financial inclusion. Sea can serve millennial gamers as well as Shopee's sellers, exactly the type of customer who might struggle to get a loan from a traditional bank.

As for Grab-Singtel, they have a huge network of potential users. In Singapore, Singtel has 4.3 million subscribers in a population of 5.64 million. DBS reckons the Grab-Singtel bank could attract 150,000 to 200,000 customers in the following three to five years. In addition to the many Singtel subscribers, the digibank will look to attract Grab drivers and partners, such as hawkers. The digibank could offer them credit solutions and unsecured loans.

Among DWB candidates, Ant Group overcame regulatory travails in China to prevail. The MAS had previously signaled that "regulatory tightening happening in China" would not be counted against any of the candidates. Prior to its nixed IPO, Ant had been considered a top candidate for a DWB license given its deep microlending experience. Yet Ant now must recalibrate its business model to fulfill China's new microlending regulations. It is unclear how that process will impact the prospects of Ant's digital bank in Singapore.

One thing is for certain: The optics of Ant's abortive IPO do not augur well for a new digibanking venture, especially in a more competitive market for digital lenders than China, where Ant's only serious rival is Tencent. Ant will have to work harder than others to win customer trust - never an easy task for a digital bank.

Joining Ant as a DWB license winner is a true dark horse candidate, a consortium featuring a trio of obscure Chinese companies: the Shanghai-based real estate group Greenland Financial Holdings, the blockchain-based supply chain financing platform Linklogis and Beijing Cooperative Equity Investment Fund Management. The Shanghai government has a 46% share of Greenland while Singapore's Government Investment Corporation, Tencent and Standard Chartered are investors in Linklogis. Not much is actually known or clear about the Greenland consortium’s value proposition, but whatever it was, it was enough to win over the MAS.

For DWB license applicants who failed to make the cut, including China's Xiaomi and ByteDance, there may be a second chance. As digital wholesale banks are introduced as a pilot, the MAS said it would consider whether to issue more such licenses in the future.