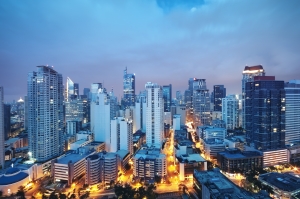 The Philippines is gradually boosting financial inclusion as it digitalizes its banking sector. In early February, Manila-based financial inclusion firm Oradian announced it would partner with Cantilan Bank to provide digital banking services to the nation's most remote corners. In a press release, the companies said that Cantilan Bank is the Philippines' first regulated financial institution to leverage cloud-based technology.

The Manila-based Asian Development Bank is supporting the initiative, which began as a pilot project in 2017 in the southern Philippines. "This pilot is a success in that we are enabling more individuals in remote and rural areas of the Philippines to access digital financial services, and because our collective efforts will result in boosting global financial inclusion,” Lotte Schou-Zibell, Chief of Finance Sector Group in ADB's Sustainable Development and Climate Change Department, said in a statement.

To be sure, the Philippines is steadily increasing its population's access to formal financial services. From 2016-2017, deposit accounts increased at an annual rate of 6.8% to 57.1 million from 53.5 million, data compiled by the central bank show.

Still, the Philippines has a long way to go. By some estimates, 2/3 of the nation's population of 105 million have no bank accounts, while 90% have neither credit cards nor credit scores. Without a credit score, they inevitably borrow money from informal sources. Interest rates in the Philippines' informal money-lending system can reach 20%, according to according to The Philippine Star, an English-language newspaper.

For fintechs, the Filipinos' preference for cash remains a significant hurdle. Chinese internet giants Alibaba and Tencent, which have respectively taken big stakes in Philippines-based fintech startups, are discovering that converting people to cashless payments is not always as frictionless as in their home market, where digital payments are the norm - not the exception.

In a December 2018 report, The Nikkei Asian Review (citing central bank data) noted that cashless transactions increased just 0.8% to 481 billion pesos ($9.04 billion) in 2017, making up just 1% of total transactions in the Philippines. 46% of respondents to a survey conducted by the bank expressed reservations about cashless payments.

What explains the aversion to cashless payments in the Philippines? They worry about hacking and cyber theft (58% of respondents to the survey).  Some Filipinos are also not familiar with digital payment options. And the country has some pretty spotty internet connectivity: The average speed of 5.5 Mbps is the slowest among 15 Asia Pacific countries, research by Akamai Technologies shows. You aren't likely to pay for something with your mobile phone if you can't get online.

With that in mind, Tencent-invested PayMaya may want to revise its guidance for user penetration. The company has targeted 40 million users by 2022 (half of the Philippines' adult population) with an ambitious scheme to bring QR codes to retailers and link company payrolls with its app. It's the kind of high-growth target common in China, where internet connectivity is excellent (on domestic websites) and the government has embraced digitalization of financial services. But what works for the Chinese internet doesn't always work outside of it.