Australian challenger banks live up to their name 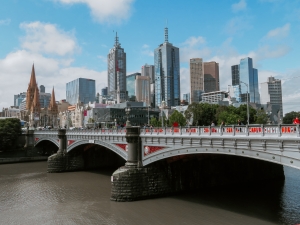 Australian neobanks are tapping strong demand for digital banking services to swiftly build up their deposit bases. Among the virtual banks reporting expeditious deposit growth are Xinja, Up!, Judo, 86 400 and Volt Bank. Xinja's growth has been especially impressive: It reports amassing $115 million in deposits in just 20 days. That would put Xinja on track to reach its goal of $120 million in deposits for the year by the end of February.

To be sure, Xinja's case is somewhat unique. It is the only independent challenger bank which has made its services available to the general public. It also offers an attractive 2.25% interest rate on savings deposits. That's more than double the average 0.98% and four times higher then the 0.58% at the big four banks - Commonwealth Bank of Australia, Westpac Banking Corporation, Australia and New Zealand Banking Group, and National Australia Bank - according to Mozo.

By Canstar's estimates, Xinja's 2.25% ongoing base interest rate is the highest among accounts available for "online savers." The second highest rate is 1.50%, while the average base rate is just 0.70%. Some accounts in Canstar's database are earning 0% interest, which makes Xinja's rate look downright plum. The 2.25% rate is not subject to minimum deposit restrictions and is available for deposits up to $245,000.

“It’s really just what it says it is – you put your money in and that’s what you get back,” Eric Wilson, Xinja's CEO, told Canstar in a February interview.

Wilson said that Xinja can offer the high base interest rate to savers because the neobank has a favorable cost structure. Xinja currently has no physical branch footprint and just 86 staff members.

Other neobanks are also recording impressive deposit growth. Melbourne-based Judo, which focuses on SME lending, said it had about $1 billion in deposits as of January 31. That included $469 million in retail deposits and $583 million in financial institutions' wholesale deposits. Judo achieved that feat in just nine months. 95% of Judo's deposits are lent to SMEs, the bank's executives say.

86 400 has accumulated $120 million in deposits since its launch in September 2019 and extended $10 million in home loans, CEO Robert Bell told The West Australian in February.

While they are growing fast, Australia's neobanks have a long way to go before they can boast deposits on par with the country's traditional banking heavyweights. Commonwealth Bank, the largest bank in Australia, had $264 billion in household deposits as of December 31, according to the Australian Prudential Regulation Authority. Westpac had $217 billion, National Australia Bank $134 billion and ANZ $123 billion.

Still, given the reputation damage they have suffered in recent years - both from the findings of the Royal Commission on Financial Services and lax anti-money laundering policies revealed last fall - the big four cannot afford to sit idly by while neobanks grow exponentially.

Perhaps pressure from upstarts will yet spur some innovation among incumbents. National Australian Bank reportedly plans to establish an in-house incubator to boost digital innovation and launch 25 startups over the next five years.

More in this category: « 2020 Top Ten Asia Fintech Trends #10: Singapore moves closer to becoming Asia's fintech center Why did Vietnam nix its plan to limit foreign ownership in fintechs? »
back to top