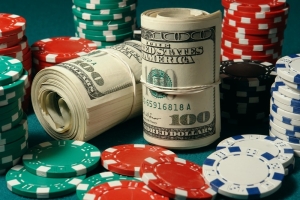 Australia’s casino gaming sector has long had lax money laundering controls. However, historically, Australian banks have borne the brunt of regulatory ire for money laundering breaches. Both Commonwealth Bank of Australia and Westpac have paid massive fines for such violations in recent years. However, with AUSTRAC launching a probe into Crown Melbourne and Crown Perth on March 1 and allegations emerging later in the month that the Star Entertainment Group laundered money in Macau, the casino gaming sector is likely to come under much greater scrutiny.

In a statement, AUSTRAC said that Crown failed fulfill its AML/CTF obligations, making its business and Australia’s financial system vulnerable to criminal exploitation. The regulator’s investigation identified poor governance, risk management and failures to have and maintain a compliant AML/CTF program, as well as inadequate due diligence on 60 high-risk customers who bet a whopping AU$70 billion since March 2016.

As a result of these violations, Crown could face penalties up to AU$1 billion, though the ultimate penalty may “only” be in the hundreds of millions.  One analyst cited by AFR reckons that the fine will be calculated at 5% of Crown’s AU$8.9 billion market capitalization, which is more than AU$400 million.

Nicole Rose, CEO of Crown, said in March,“Crown is taking steps towards improving its systems, processes and resourcing; however, there is further work to do and AUSTRAC will continue to work closely with Crown to address ongoing compliance concerns.” The steps Crown is taking include the overhaul of its AML systems, which includes assessing risky patrons, installing software to detect unusual transactions, and monitoring cash deposits in Crown’s bank accounts.

As for Star, the allegations it is facing are also serious. A Royal Commission-style inquiry is investigating allegations of money laundering, infiltration by organized crime, and poor governance at its Sydney casino. The probe could declare the casino giant unfit to operate. The probe has revealed that the company helped Chinese high rollers disguise AU$900 million in transactions as “hotel expenses,” allowing them to use UnionPay debit cards linked to money laundering at Crown casinos to gamble at Star’s flagship Sydney casino. Star misled National Australia Bank about the nature of this activity.

Per a KPMG report produced in 2018, Star’s money-laundering controls appear to be extremely lax. The report found that two customers, one gambling with AU$500 in cash and another AU$200,000, were given the same money laundering risk rating

Following the launch of the inquiry, chief executive Matt Bekier resigned. Bekier reportedly was indignant when he was presented with KPMG's report and rejected its findings. Star later also erroneously claimed legal privilege over the report in a bid to prevent regulators from reviewing it.

More in this category: « Sea Group should focus on Southeast Asia How are Mynt's prospects shaping up? »
back to top