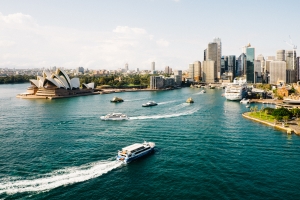 Some Australian neobanks may hit funding bottlenecks. The typical neobank business model involves spending heavily to fuel breakneck growth in a bid to accrue a critical mass of customer deposits. Usually, subsidies are needed to bring customers onboard, which can negate some of the costs saved by not having a physical branch network. Such a business model is highly vulnerable to external shocks. Amid a global recession, neobanks already in the red will burn through cash at an exponential pace. Fresh capital injections will be needed to stave off disaster.

In late March, Australian virtual Xinja announced it had raised an additional US$433 million. Emirates' World Investments said that it would immediately invest $160 million, with the remaining $273 million to be made available over the following two years. Eric Wilson, Xinja's founder and CEO, said the capital injection was the single largest investment in an Australia digital bank, decided as the coronavirus pandemic battered financial markets.

Granted a full banking license in September 2019, Xinja attracted $455 million in deposits in savings accounts before it stopped taking them amid ultra-low interest rates. In a late March interview with The Sydney Morning Herald, Wilson expressed confidence about Xinja's prospects. "Neobanks are able to turn deposits on and off, our technology allows us to do that so we planned on raising about $125 million in our first year, we got that in the first two weeks," he said.

Xinja currently has 27,000 customers who hold about 45,000 accounts, Wilson said. With those numbers in mind, World Investments took a 20% stake in Xinja that will increase to 40% over time, he added.

Xinja is not the only Australian neobank that has been able to raise big money under tough conditions. In early April, 86 400 raised $34 million in first-round funding from a group of investors that included an Australian superannuation fund, fund managers, high-net-worth individuals and family offices. 86 400 has not identified the investors.

“The funding...means we can keep our foot firmly on the accelerator, continuing to build out both sides of the ledger and help even more Australians take control of their money,” 86 400's CEO Robert Bell said in a statement.