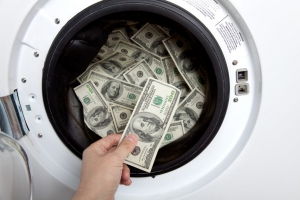 Australia is struggling to win its fight against financial crime in part because its biggest banks cannot effectively contain money laundering. The bank themselves are rarely willing participants in illicit activity. Rather, ineffective money-laundering controls foment compliance weaknesses that criminals exploit.

In late September, Australia's financial crime regulator AUSTRAC slapped a record AU$1.3 billion (US$912.6 million) fine on Westpac, one of the country's largest lenders, for multiple money-laundering and counter-terrorism financing violations. Among the most noteworthy of them: IFTI reporting failures to reasonably monitor customers for transactions linked to possible child exploitation and two failures to assess correspondent banking relationships' money laundering and terrorism financing risks. If the Federal Court of Australia approves the fine, it will become largest civil penalty in Australia's history.

"Our role is to harden the financial system against serious crime and terrorism financing, and this penalty reflects the serious and systemic nature of Westpac’s non-compliance,” Nicole Rose, chief executive officer of AUSTRAC, said in a statement.

Given the stiff fine and reputational fallout, Westpac appears serious about addressing its compliance deficiencies. The bank established a legal, regulatory and compliance committee, spent AU$632 million (just about 1/2 of that civil penalty) on financial crime compliance and doubled the size of financial-crime fighting staff over the past three years. It expects to have a dedicated team of 950 by year-end.

Westpac is not the only big Australian lender with money-laundering woes. According to the FinCEN documents leaked in September, up to $US174 million of dirty money flowed through Australian banks. Macquarie Group accounted for about 72% of the suspicious transactions by value and Commonwealth Bank of Australia 44%. Commonwealth Bank was flagged for millions of dollars of transactions in Central Asia.

Yet there is a limit to how well banks can stymie money laundering on their own. After all, they are financial institutions, not regulators or law enforcement agencies. Fines are an effective way for regulators to signal that they take money-laundering breaches seriously, but fines alone won't solve the problem. Rather, AUSTRAC's own capabilities should be enhanced, and the regulator should work more closely with banks to monitor suspicious transactions and take appropriate action.

According to AUSTRAC data cited by The New Daily, Australian banks submitted roughly 250,000 suspicious matter reports (SMRs) to AUSTRAC in the 2018-19 financial year, up a whopping 96% year-on-year. Once banks have submitted a report, it is up to regulators and law enforcement "to investigate that and see if any steps should be taken," financial crime expert Louis de Koker of La Trobe University told The New Daily.

More in this category: « How did North Korea allegedly launder US$175 million through U.S. banks? Who are the top contenders for a Malaysia digital bank license? »
back to top