Australia gets tougher on financial crime 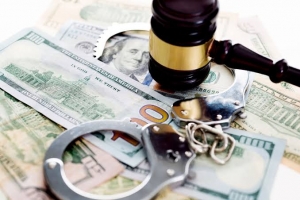 Australian regulators are stepping up the fight against financial crime after issuing a staggering US$921.59 million in fines in 2020. Disciplinary action against Westpac for serious breaches of Australia’s AML/CFT act accounted for US$920.7 million of that total.In the Asia-Pacific region, only Malaysia issued more fines than Australia in 2020, and that was because of the 1MDB scandal.

Otherwise, no other country in the region came close to Australia in terms of fines issued to the financial sector. According to data compiled by Fergo, Singapore was No. 3 with roughly US$123.08 million in fines, Hong Kong was fourth with US$107.81 million and mainland China fifth with US$102.47 million.

The Financial Action Task Force (FATF) had previously flagged Australia for inadequate AML controls, while Canberra’s own Royal Commission into Misconduct in the Banking, Superannuation and Financial Services Industry report shed a fair bit of light on compliance failures in the nation’s financial sector. Given that the Royal Commission’s report was published just two years ago, we can expect enforcement action to remain vigorous.

Westpac is in regulatory crosshairs once again, this time for alleged insider trading linked to its involvement in the privatization of Australia’s largest electricity distributor in 2016. In early May, the Australian Securities and Investment Commission (ASIC) filed a case in it which it accused the Australian lender of executing the largest interest rate swap transaction in Australian history “while it was in possession of information that was not generally available to other market participants including those that traded with Westpac that morning.”

“Prohibitions against insider trading are a fundamental tenet of market integrity,” ASIC added.

To be sure, the alleged insider trading occurred in 2016, before the Royal Commission report and before Westpac enhanced risk management. However, it still reflects poorly on the Australian banking giant, especially as it comes right on the heels of the massive fine Westpac paid for money-laundering violations.

Meanwhile, it is not just banks that are falling afoul of Australian regulators. On May 19, The Australian reported that PayPal faces a risk of enforcement action in court amid a detailed investigation by AUSTRAC. According to the newspaper, there are hundreds of millions of possible breaches of the law.

A PayPal spokesperson told The Australian that it was speculative to quantify a number of possible breaches by the company, adding: “We regularly engage and fully co-operate with all of our regulators in Australia.”

“We cannot estimate the potential impact, if any, on our business or financial statements at this time,” PayPal said in a statement addressing the AUSTRAC investigation.

More in this category: « Why did OCBC have a sterling Q1? No great loss: Sea Group has a cracking Q1 »
back to top