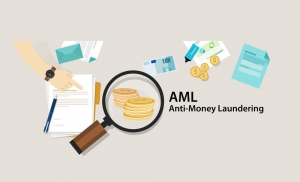 Ending up on the Financial Action Task Force’s (FATF) grey list is unenviable. For developed economies and FATF members like Australia, it is not a common occurrence. However, FATF has previously found certain elements of Australia’s anti-money laundering (AML) controls deficient, and many of the same problems keep occurring. In recent years, several of the country’s largest banks have been slapped with massive fines, while its casinos are not doing enough to fight financial crime.

In June, Nicole Rose, the head of Australia’s financial intelligence agency, Austrac, warned that law enforcement agencies needed to conduct more money laundering prosecutions if the country intends to avoid a poor performance during its next FATF evaluation in 2025. Australia did not do well at its most recent evaluation in 2016.

The 2025 evaluation could be challenging for Australia since the country has failed to bring in a register of beneficial ownership or implement “tranche 2” reforms, which integrate real estate agents, accountants and lawyers into the AML system. Australia is reportedly along with Haiti and Madagascar one of just a few nations globally that has not done so. The U.S. and China both recently began the process to include those professional services firms under AML laws.

If a country does not require accountants, lawyers and real estate agents to perform certain due diligence on prospective clients, they may unknowingly help establish a trust structure that could be used to launder money.

To be sure, there have been some notable improvements at Australia’s big banks in recent years. Following Commonwealth Bank of Australia (CBA) paying a then record AU$700 million fine in 2018 and Westpac topping that with an AU$1.3 billion fine in 2020 – the largest fine in Australian corporate history – both lenders have made significant improvements to their money laundering controls.

The casino industry is another story. In early September, Australian Federal Police (AFP) charged three members of an alleged Melbourne money laundering syndicate for allegedly paying patrons to sign-over their winning cheques from electronic gaming machines. About AU$4.7 million was laundered this manner. Meanwhile, the Adelaide casino of New Zealand-based Sky City has been under investigation by Austrac since June 2021 for “potential serious non-compliance” with Australian AML and counter terrorism financing (CFT) laws. Numerous Australian casinos are also in regulatory crosshairs due to their links with shady Chinese junket operators and possible money-laundering violations. The properties include the Star Sydney, the Star Gold Coast, the Crown Melbourne, The Crown Perth and The Crown Sydney, the Ville casino in Townsville and The Reef Hotel Casino in Cairns.

Separately, the AFP recently set up a cryptocurrency unit to target money laundering as more criminals seek to bypass the financial system and funnel money offshore. The move comes as crypto adoption steadily rises in Australia. The Australian Taxation Office has found that more than 800,000 Australian taxpayers have transacted in digital assets in the last three years. Transactions rose 63% year-on-year in 2021.

More in this category: « Alibaba is betting big on Indonesia's digital financial services market Baby steps for Taiwan’s digital banks »
back to top