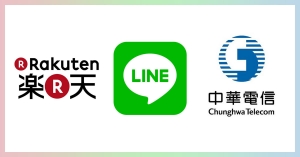 Taiwan’s first two digital banks launched last year, Rakuten Bank in January and Line Bank in April. A third digital lender, Chunghwa Telecom-backed Next Bank, should have launched much earlier but has been hamstrung by repeated regulatory travails. It will go live in in the first quarter of 2022 at the earliest.

Taiwan’s digital banks have their work cut out for them: Taiwan is perhaps the most crowded retail banking market in the Asia-Pacific region. The unbanked population is negligible, as is the case in much of developed East Asia, while there are a huge number of banks competing for a limited market. There will be 39 banks in Taiwan once Next Bank launches, in a population of 23.4 million that is slowly shrinking. Taiwan’s population lost about 185,000 people in 2021 amid record-low births. By 2025, Taiwan will be a super-aged society, with about 1 in 5 people aged older than 65.

At the same time, regulators are at best agnostic about digital banks. Taiwan’s Financial Supervisory Commission (FSC) has warned them on several occasions not to rely on gimmicks (like ultra-high interest rates) to attract customers. Perhaps because the FSC is skeptical of non-banks dabbling in banking, it made sure that the consortia awarded virtual bank licenses all included incumbent financial institutions.

With that in mind, it is best to think about digital banking in Taiwan as a means for Big Tech (Japan’s Line and Rakuten) and a telecoms giant (Chunghwa) to expand into financial services. There are no start-ups to speak of involved in the endeavor.

Thanks to its vast ecosystem, Line has a clear advantage in the Taiwan digital banking race. The company’s strategy can be compared to Kakao’s in South Korea; first become the indispensable messaging app (the Line messenger has more than 20 million users in Taiwan), then develop a popular e-wallet, and build various digital services around those two functions. At present, Line Bank reportedly has about 600,000 customers. It cooperates with leading e-commerce platforms in Taiwan including Momo and Shopee, as well as food-delivery providers. This strategy has been especially effective during the pandemic, given the strong demand during this time for online shopping and contactless payments. About 75% of Line Bank’s users are aged 20 to 40, the most digitally adroit among Taiwan’s population.

Rakuten Bank is more of a niche product aimed at Taiwanese using the broader Rakuten ecosystem. Those who want to engage in cross-border e-commerce with Japan (and Taiwan’s PChome has a tie-up with Rakuten) will likely want to consider Rakuten Bank. Although this digital lender only has 63,000 accounts thus far, the average account balance is reasonably good. According to Taiwan’s Central News Agency, the average account balance in a Rakuten Bank account is NT$84,000 (US$3,020), which is equivalent to about two months of median salary in Taiwan.

Where the digital lenders will have a clear advantage is in the 24-hour service they offer – Taiwan’s banks close without exception at 3:30pm, and are not open on weekends – and the superior digital customer interface. Taiwan’s traditional banks typically do not invest heavily in their online services because they remain heavily branch-oriented. In some cases, something as straightforward as changing an account password requires a visit to the bank branch.

Unlike true neobank start-ups, Line Bank, Rakuten Bank and Next Bank can afford to be patient. Although they are well funded, they do not face intense pressure from VCs to grow exponentially in a short period of time. There will be some cash burn (inevitable with a digibank), but no conflagrations. If Taiwan’s incumbent banks remain complacent about online banking, it will only be a matter of time before they lose some market share to the digital lenders.

More in this category: « M&A activity picks up in red-hot Indonesia digital banking market Kakao comes down to earth »
back to top