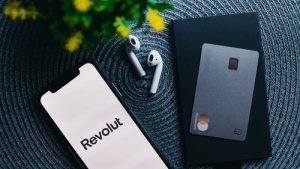 In mid-2021, Revolut became the UK’s most valuable fintech with a valuation of US$33 billion. Though the company lost US$280 million in the 2020 fiscal year, it has continued to spend heavily on expansion efforts in a bid to build a “global financial super app.” Revolut has long had its eye on the Asia-Pacific region and recently moved to strengthen its position in both the India and Australia markets.

Banking has been critical to Revolut’s ascendancy in Europe. However, the company’s origins do not lie in deposit taking and lending. Indeed, Revolut began as a multi-currency travel card offering favorable exchange rates. In India, Revolut is returning to its roots with a focus on cross-border payments, as seen in the company’s recent strategic acquisition of Indian international money transfer firm Arvog Forex for an undisclosed sum. This deal – which follows Revolut’s Indian arm raising US$45.5 million from its UK parent – will allow Revolut to launch a cross-border remittances service for Indian customers in the second half of the year.

It is easy to see why Revolut is interested in the Indian remittances market. The subcontinent is the world’s top receiver of remittances. In 2021, despite pandemic-induced disruptions to the global economy, India’s remittances grew 4.6% year-on-year to US$87 billion, according to the World Bank. Given sending money to India through traditional channels is relatively pricey, if Revolut can offer less-expensive but faster and more convenient services, it will likely be able to build significant market share.

Moving into full-fledged banking could be more complicated. Revolut does not currently have an Indian banking license. It might, through a strategic acquisition, be able to get one. However, Revolut does not appear to be in any hurry given its deep pockets and the time it takes to build a significant presence in India. Revolut India CEO Paroma Chatterjee told India’s Money Control in February: “Once we have managed to make a meaningful presence in payments, investments, and credit, then that's a logical step to take a leap forward into forming a full-fledged digital bank.”

Meanwhile, Revolut is also increasing its investment in Australia, one of several advanced APAC economies in which the company is present. In February, the UK fintech giant launched stock trading in Australia, which will allow Australian customers to buy and sell fractional shares listed on the New York Stock Exchange and NASDAQ. The minimum investment is just AU$1. Unsurprisingly, Revolut is kicking off the new service with heavy subsidies, promising to waive commission fees for the rest of the year for customers who use its stock trading services by June 30.

Revolut sees an opportunity in Australia to offer cheaper and more convenient services to investors accustomed to a less frictionless US stock trading experience. Traditional providers charge fees for everything from brokerage to deposit and withdrawal. They may also mark up the exchange from Australian into US dollars.

Also in February, Revolut secured an Australian credit license, which will allow the company to offer Australian customers credit and lending products. This license could, in the long term, significantly boost Revolut’s prospects in Australia, where the first generation of native neobanks has struggled to compete against the dominant big four incumbents. Revolut is better capitalized than any Aussie neobank, has more experience with the trials and tribulations and digital banking, and could benefit from its ecosystem-centric approach. Thus far, no other fintech in Australia is promoting itself as a financial services super app.

More in this category: « Philippine digibanking sector continues to grow briskly Is the worst over for Kakao? »
back to top