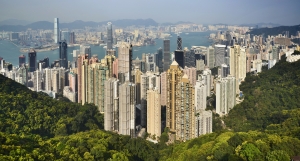 Political uncertainty has dulled Hong Kong's edge as a global financial center. That much was clear long before Ant Group's IPO came to a screeching halt. The abortive Ant deal signaled that politics could shake Hong Kong's capital markets too. Still, Hong Kong's IPO market remains red hot - just not for fintechs anymore. As Hong Kong draws closer to China, it will assume the role of the country's offshore financial center. That will provide both Singapore and Japan with the chance to win some new business, which will be for the best. Asia is large enough to have multiple financial centers, each with a different role.

Concern about Hong Kong's stability has prompted speculation that Singapore will eventually replace it as Asia's preeminent financial hub. The reality will be more nuanced. Singapore could win some wealth management business from Hong Kong. Some HNWIs will feel safer with their assets in the Lion City. Some hedge funds will open Singapore offices, but not at the expense of their Hong Kong operations. Hong Kong's hedge fund sector still dwarfs Singapore's. Research firm Eurekahedge reckons that hedge funds in Hong Kong manage more than U$91 billion in assets, more than Singapore, Japan and Australia combined.

Singapore will speed ahead of Hong Kong as a fintech hub though. The city-state is the ideal base for Southeast Asia, where digital finance is just starting to come into its own. For that reason, Western fintech giants like TransferWise and Revolut have set up their APAC headquarters in the city-state, not Hong Kong.

China's fintech giants hope to use Singapore as a springboard for emerging Southeast Asia. Ant Group won a digital wholesale bank (DWB) license that will allow it to serve non-retail customers in Singapore. If Ant succeds in that endeavor, it will almost certainly want to expand elsewhere in the region. Tencent did not even have to apply for a license: Sea Group, in which Tencent holds a 40% stake, took care of that.

At the same time, Singapore has produced tech juggernauts of its own, like Sea Group and Grab, who just won digital bank licenses. Should these Singaporean platform companies become fintech giants, with large regional digibanking ecosystems, they will further solidify Singapore's standing as Asia's top digital finance hub.

Meanwhile, Japan' role as a financial center could grow as the country moves to woo financial firms concerned with Hong Kong's business environment. While Japan has high taxes and lots of red tape compared to Hong Kong, it is politically stable and offers predictability to investors.

Toshiyasu Iiyama, deputy president at Nomura Securities, said at Nikkei Asia's recent virtual forum that a sudden nixing of an IPO would not happen in Japan. "Predictability of the rules is important," he said.

SBI Holdings, an online financial conglomerate spun off from SoftBank, is keen to work with the Hyogo and Osaka local governments to develop a global financial center in Kansai. Osaka is home to Japan's first integrated bourse for stocks and commodity futures.

In October, Tokyo established a liaison office in Hong Kong while Fukuoka opened a "consultation center" in the former British colony targeting foreign financial institutions, according to The Japan Times.

Tags:
More in this category: « Will Asia embrace Revolut's 'global financial super app?' Xinja reaches the end of the line »
back to top