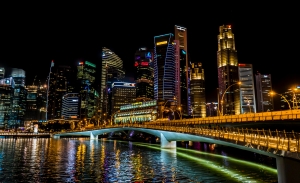 Arival Bank reckons that its focus on a very particular type of SME lending will give it a leg up in the digital bank license race. Arival Bank's founders, Russian nationals Vladislav Solodkiy and Igor Pesin, and American Jeremy Berger, describe their target customer segment as "abnormal" in that it includes many SMEs which traditional banks consider to be higher risk.

In a January interview with Singapore's Business Times, Arival's executives mentioned their interest in lending to tech startups, particularly those in the blockchain and crypto space, as well as other digital businesses that struggle to gain access to credit.

The Arival team is leaning heavily on the financial inclusion message. By focusing on their niche "excluded" customer segment, Arival intends to distinguish itself in the crowded applicant pool.

Berger told The Business Times: "The focus on 'abnormal' or underbanked SMEs gives us the opportunity to not compete with other digital or traditional banks, avoid spending money on advertising or customer acquisition, and allows us to focus on margins."

At the same time, Arival Bank is highlighting its native digital capabilities. The logic is a familiar one: Unencumbered by legacy IT systems, Arival is agile and flexible, its founders say. Further, the Singapore-based fintech plans to use APIs to power a platform that will include fintech products form third-party service providers.

In a March interview with EuroMoney, Arival's founders mentioned 12 services they plan to integrate into their digital banking platform, based on analysis of 2,000 current customers. Among these services are global payment transfers, foreign exchange, business bank accounts, business expense and debit cards, and financial management services.

To be sure, Arival Bank's ideas make perfect sense for a digital bank. What is less clear is how a startup in its position will measure up in the MAS's eyes against established companies like Ant Financial and Xiaomi, or even ByteDance. One of the MAS's priorities with regards to digital bank licenses is picking winners. There is no guarantee of success, of course, but some bets are riskier than others.

Arival's messaging does not always come across clearly. Berger told EuroMoney that Arival will be “the first fintech bank for SMEs. We’re not a neobank or challenger bank.” The statement creates more questions than it answers.

At the same time, Arival Bank's interest in borrowers traditionally considered high-risk is the type of pitch that would appeal to venture capitalists with an appetite for risk themselves - especially a focus on margins from the lending business. But VCs and regulators have different priorities.

The MAS has generally been supportive of fintech startups, but not the idea of disrupting the financial sector. While the regulator surely supports financial inclusion, whether it wants to issue a digital bank license to a company focused on earning high margins from lending to high-risk borrowers is an open question.

More in this category: « Why is ByteDance venturing into fintech? Hong Kong's virtual banks gradually go live »
back to top