Are Malaysian incumbent banks ready for the digital challengers? 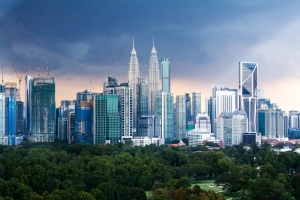 The arrival of digital banks in Hong Kong and Singapore has put some pressure on incumbents to up their game. At a minimum, traditional banks in Asia’s two main financial centers have slashed some unpopular fees and invested in more digital technology. Now that Malaysia has decided to introduce digital banks, its incumbent banks face some similar challenges to their counterparts in Hong Kong and Singapore.

Some Malaysian banks are well on their way to digitization, such as CIMB. The Malaysian banking giant has a native digital bank in the Philippines that has brought 3.5 million customers onboard since its founding in December 2018. CIMB PH claims to offer a market leading return rate on deposits of 2.5% per annum. CIMB has also recently accelerated efforts to digitize its subsidiary in Thailand. It launched a digital savings product in the Kingdom called Chill D highlighted by fee-free services. That means no debit cards with no annual or sign-up fees, zero FX fees, and free unlimited cash withdrawals at any banks’ ATM machines.

Effendy Shahul Hamid, CEO of CIMB Digital Assets and CIMB Group, said in a March webinar that digitizing a traditional bank is a challenging but necessary process. “In Malaysia, for example, if you consider that those new digital banks will become operational in 2022, early 2023, then the incumbents need to have some capabilities to compete.”

Last year, Malaysia’s The Edge reported that at least five Malaysian banks — CIMB Group, Affin Bank, Hong Leong Bank, AMMB Holdings and Standard Chartered Bank Malaysia Bhd — were considering applying for a digital banking license. However, some of the banks reportedly have dropped that idea, given their existing license already allows them to provide a full suite of financial services to customers. For incumbents, adding a digital banking license does not provide any regulatory edge either.

However, incumbent banks encumbered by legacy IT systems might find it useful to collaborate with fintechs. It could involve jointly applying for a digital banking license together, or the incumbent bank taking a strategic stake in the fintech. For instance, in Hong Kong Standard Chartered backs Mox Bank. In Taiwan, Fubon Financial Holdings has a 19.99% stake in Line Bank.

During the webinar, Effendy said that CIMB is still considering applying for a digital banking license, but as part of a consortium. Doing so would allow CIMB to build on the success of its Touch ‘n Go e-wallet, which is one of Malaysia’s leading digital payments players.

Meanwhile, Bank Islam plans to set up a digital bank of its own by partnering with a trio of fintechs: SaaS banking platform Mambu, global information services company Experian and the local fintech Pod. Mambu’s participation will allow Bank Islam’s digital bank to develop Shariah-compliant banking products, while Experian will provide an eKYC solution for digital onboarding.

More in this category: « Line Bank launches in Taiwan Why is Citibank scaling down in Asia? »
back to top