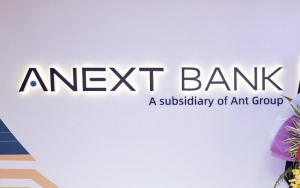 Chinese fintech giant Ant Group announced the soft launch of its Singapore digital bank ANEXT with fanfare earlier this month. The announcement came nearly three years after the Monetary Authority of Singapore (MAS) said it would issue up to five digital banking licenses. Now that ANEXT has finally gone live, it is worth assessing its prospects. The bank holds a digital wholesale banking (DWB) license, which allows it to serve non-retail customers only. ANEXT plans to develop an open framework for financial institutions together with MAS-backed Proxtera, a hub connecting B2B marketplaces, trade associations and service providers. While Ant has high hopes for ANEXT’s potential to serve SMEs in Singapore, it is likely to face some significant challenges in the city-state’s ultra-competitive financial services market.

An ample body of research exists showing that SMEs are underserved in Singapore, in contrast to retail customers. Indeed, 98% of Singaporeans have a bank account. Research published in 2020 by the Singapore-headquartered SME digital financing platform Funding Societies found that SMEs receive just 22% of Singapore's bank loans, resulting in an underserved financing gap of S$20 billion. A Visa survey conducted during the same year found that 88% of the city-state's SMEs would consider switching over some of their services to digital banks, citing a wish to better control their banking experiences and for more attractive terms for corporate products.

The question then becomes, why would SMEs in Singapore choose ANEXT over its competitors? Ant Group would point to its extensive experience with technology-driven SME lending in China. Ant’s Chinese digital bank, MYbank, said in its 2021 annual report that by the end of that year, it served 45 million SME clients, up 30% year-on-year.  More than 80% of MYbank’s new clients in 2021 were first-time borrowers. The report highlights the technology MYbank uses for supply chain financing solutions, such as graph computing, multimodal recognition, blockchain and privacy-preserving computation.

There is no doubt that ANEXT will be able to draw on MYbank’s experience, but the Singaporean market is very different from China’s. MYbank’s only peer competitor in China is Tencent’s WeBank. However, in Singapore, it must compete with digital lenders run by heavyweight local technology and telecoms firms: Grab-Singtel and Sea Group, which have deeper roots in the city-state than Ant has. The fourth Singaporean digital bank, Green Link, which launched a few days before Ant, is also focusing on the SME market and will compete directly with ANEXT. Green Link is owned by China’s Greenland Financial and Linklogis Hong Kong.

ANEXT could also face some challenges building customer trust that go beyond the usual obstacles faced by digital lenders. The reason is obvious: Ant Group’s IPO was abruptly canceled in November 2020, heralding a major crackdown on China’s fintech giants and eventually the broader digital economy. Though Ant has seemingly successfully restructured and its IPO is said to be back on track at last, concerns remain about its regulatory situation. The regulatory environment in China remains unpredictable, and Ant itself still has not confirmed it is relaunching the IPO process. On its official WeChat account, the company said that it remains “focused on steadily moving forward with our rectification work and do not have any plan to initiate an IPO.”

With that in mind, ANEXT’s ability to grow sustainably in Singapore will likely depend, at least to some extent, on a smooth rehabilitation of Ant Group in China. Should the company satisfy all regulatory requirements and go public successfully in the not too distant future, ANEXT will undoubtedly benefit. But for now, it is too early to make any big assumptions about Ant's future trajectory.

More in this category: « Is GoTo on the right track? Alipay reduces stake in Kakao Pay »
back to top