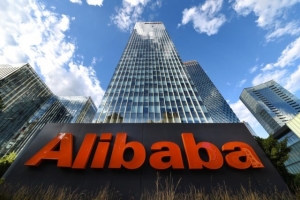 Indonesia is the most important market for Alibaba in Southeast Asia and arguably its most important market outside of China, period. Increasingly, Alibaba is focused on Indonesia’s burgeoning digital financial services market. Yet Alibaba recognized early on that it would be impossible to replicate the Alipay model outside of China and instead chose to take strategic stakes in various Indonesian fintech firms or companies with financial services arms.

One of Alibaba’s most important investments in Indonesia fintech is Akulaku, which offers services including buy now, pay later (BNPL), deposit services, and lending. It can offer banking services thanks to its subsidiary Bank Neo Commerce, which in the fourth quarter of 2021 completed a rights issue on the Indonesia Stock Exchange for about US$175 million. Last year, Akaluku reached US$600 million in revenue, in line with its forecast. Additionally, in 2021, Akulaku lent more than US$2.2 billion to 6 million borrowers. The amount it lent was double that of 2020.

Bank Neo Commerce recorded 507 billion rupiah (around US$34.1 million) in interest income for the second quarter of 2022, a threefold jump over the same period a year earlier. The growth pushed the digibank toward profitability for the period, reporting US$400,000 in operating profit for June.

In August, Akulaku Group launched a wealthtech app called OneAset, which is touted as an investment superapp. It aims to integrate investment access, financial literacy education, financial management, and the investment community in one app for Indonesians.

Also in August, Lazada purchased US$304.5 million worth of shares of the Ant Group-backed e-wallet Dana from existing shareholder Emtek Group Ant Group. Dana also received a fresh US$250 million investment from the Indonesian conglomerate Sinar Mas. Dana plans to use the fresh capital to launch more digital financial services, including lending, wealth management and insurance.

Finally, Alibaba reportedly plans to invest US$100 million in Smartfren Telecom, which is part of the Sinar Mas group and has a financial services arm. The evolving Alibaba-Sinar Mas tie-up is typical of the Indonesian digital financial services market, where instead of issuing digital banking licenses to consortia, regulators have encouraged Big Tech to help rejig incumbent banks for the digital age. Most of the major incumbents are part of one of the major conglomerates.

Tags:
More in this category: « Can the Philippines exit the FATF grey list soon? Australia continues to struggle with money laundering »
back to top