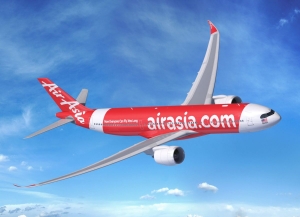 We have to hand it to AirAsia: They tell the super app story well, probably better than some of the others whose task is less daunting than the beleaguered airline’s. Indeed, AirAsia is not a high-flying tech company aiming to use fintech to take its valuation and exit to the next level, but an airline facing an existential crisis wrought by the never-ending coronavirus pandemic. If AirAsia pulls off its transformation, it will stand as one of the great turnarounds in recent Asian corporate history, and perhaps pave the way for a new breed of platform company.

First though, AirAsia has to be sufficiently capitalized, a challenge given the cash being burned by its core airline business. The company has nevertheless made important progress. In early August, South Korea’s SK Group said it would invest up to US$100 million into BigPay, AirAsia’s fintech unit, a major vote of confidence in AirAsia’s digibanking ambitions. Through BigPay, AirAsia applied for a digital banking license in its home market of Malaysia.

The investment should be large enough to support BigPay’s regional expansion in Southeast Asia, which the company’s CEO Salim Dhanani mentioned to Reuters. “Our ambition has always been to establish BigPay as one of the largest challenger banks in Southeast Asia," he said, naming Thailand as one market BigPay has slated for expansion.

AirAsia is raising capital from other channels as well. In an August press release, the company noted that it had received gross proceeds of US$56.83 million from the merger of Fly Leasing and Carlyle Aviation Partners. Further, AirAisa raised US$37.68 million from selling 32.67% of its stake in AirAsia India and sold a number of spare engines “amounting to over USD130 million.”

“Our plan to raise up to MYR 2.5 billion ringgit through a combination of borrowing and equity raising is on track,” AirAsia CEO Tony Fernandes said in the press release.

The US$300 million SPAC that Fernandes has mooted could serve as another important fundraising channel, although some observers point to stricter regulatory scrutiny in the U.S. and say that the SPAC ship has sailed. While the regulatory process may have become more cumbersome, the SPAC route still looks feasible. Otherwise, it is unlikely that Grab would still be proceeding with its own SPAC. Fernandes told Reuters in July that several tech-focused SPACs had approached him.

Meanwhile, Fernandes continues to develop the AirAsia super app narrative, depicting the beleaguered airline as an underdog battling established tech giants, and arguing that the digital services pie in Southeast Asia is big enough for multiple players. “This isn’t a zero-sum game. We are going to have our own customers and we have an ecosystem that’s different from Grab, different from Gojek,” he told The South China Morning Post earlier this month.

More in this category: « Will Revolut’s travel app give it an edge in Asia? Taiwan’s virtual banks arrived at the right time »
back to top