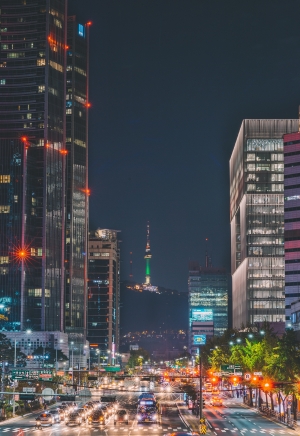 Korea's Financial Services Commission (FSC) surprised some observers by rejecting all of the applicants for a virtual banking license earlier this year. The FSC had different reasons for saying no to the applicants. In the case of Toss, a peer-to-peer money transfer app owned by Korean fintech unicorn Viva Republica, the FSC worried about the ownership structure of Toss Bank and its funding capabilities.

Why has fintech investment in Singapore hit a record high? 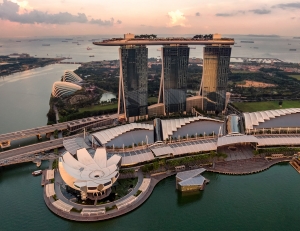 Singapore is expecting sub 1% economic growth this year, but you wouldn't know it from the city-state's booming fintech sector. Research firm Accenture estimates that investors sank $735 million into Singapore fintechs from January-September, up 69% year-on-year and surpassing the $642 million for all of 2018. The top areas for investments are payments (34%), lending (20%) and insurtech (17%).

Fintech in Taiwan: steady as she goes

In Asia's red-hot fintech scene, Taiwan flies largely under the radar. That's largely because no unicorns have yet emerged among its fintech startups, or any other startups for that matter. Taiwan did introduce a fintech regulatory sandbox in late 2017 and more recently established regulations for security token offerings (STOs), but the policies have yet to activate the fintech market. Fintech investment in Taiwan remains limited, especially compared to regional hubs like Singapore and Hong Kong.

Among Asian banks, Singapore's DBS is among the most active in fintech. It has a partnership with Indonesian ride-hailing giant Go-Jek, a fintech accelerator in Hong Kong and a tech-driven Innovation Plan covering machine learning, cloud computing and API development. It has thus far created a platform of 155 APIs across roughly 20 categories. Given that DBS is well ahead of the curve when it comes to financial technology development, should it be concerned about Citibank's recent deals in its neighborhood?

If there ever was a market that could benefit from open banking, it would be Hong Kong. A small group of powerful incumbents has long dominated retail banking in the former British colony, leaving consumers frustrated with the lack of options. Data from Goldman Sachs show that HSBC, Standard Chartered, Bank of China and Hang Seng Bank account for 2/3 of retail banking loans in Hong Kong. Those four banks are even more dominant in the credit card and retail mortgage markets.

How can fintechs capture opportunities in the Southeast Asia remittances market?

Demand for cross-border remittances is surging across Southeast Asia, home to a sizeable migrant worker population and many of the world's fastest growing economies. The amounts being remitted by the region's 21 million migrant workers are considerable - $68 billion annually, according to Siam Commercial Bank (SCB). Given their modest earnings, migrant workers need affordable banking services. They cannot easily absorb the high fees associated with some traditional remittance services.

Two years ago, Laos was removed from the Financial Action Task Force's (FATF) money-laundering grey list after the landlocked Southeast Asia country showed some improvement in its AML policies. Since then, however, progress has been limited. Laos's casinos, property market and money exchange shops remain at high risk for money laundering. No money laundering case has made it to court. The onus is on Laos to better control financial impropriety ahead of a 2020 evaluation of its AML policies. Failure to do so could result in a return to the grey list.

Not even the failure to obtain a virtual-banking license can dampen investor interest in South Korea's fintech unicorn Viva Republica and its digital banking platform Toss. In mid-August, Viva Republica announced it had raised $64 million from a group of investors led by Hong Kong-based Aspex Management. The latest capital injection brings Viva Repubica's total valuation to US$2.2 billion and follows an $80 million funding round in December co-led by Korean investors, Kleiner Perkins and Ribbit Capital.

Is Myanmar in danger of returning to FATF's money-laundering watchlist?

Myanmar is at risk of landing on the Financial Action Task Force's watchlist high-risk money-laundering destinations after a three-year reprieve, analysts say. In 2016, FATF removed Myanmar from the list, citing improvements in the country's efforts to combat financial crime. Since then, however, Myanamar has not taken adequate steps to implement safeguards against money laundering in both its banking system and non-financial institutions. If Myanmar appears on FATF's "grey list" again, investors could sour on the Southeast Asian nation's financial sector, which would harm fintech development as well as broader financial inclusion initiatives.

In July, Taiwan's Financial Supervisory Commission (FSC) granted three virtual-banking licenses, surprising some observers who expected the regulator would only issue two. All three teams that applied for the licenses - led respectively by Japanese super app Line, Taiwanese telecoms firm Chunghwa Telecom and Japanese e-commerce giant Rakuten - were well qualified, such that the FSC felt they all deserved to launch neobanks in Taiwan.

South Korea's financial regulators have taken a conservative approach to digital banking, issuing a limited number of licenses and outright rejecting a number of recent applicants. One of the only two firms to win a digital banking license thus far is Kakao Bank, a subsidiary of the Korean super app KakaoTalk. With its massive user base - which counts 94% of South Korea's population of 50 million as users - Kakao is poised to stake out a dominant position in the nascent South Korean digital banking market.

Cambodia is struggling to contain a mounting money laundering problem. In July, authorities seized $7.4 million in cash and detained nine people at Phnom Penh and Siem Reap airports as part of anti-money laundering (AML) efforts. Cambodian authorities have stepped up AML activity since February when the Financial Action Task Force (FATF), an international money-laundering watchdog, placed Cambodia on its gray list after it found "significant deficiencies" in the kingdom's AML ability.

Cambodia had previously been on FATF's gray list but was removed in 2015 after making some improvements to its AML policies. FATF put Cambodia on the gray list once again in February after the organization concluded the kingdom had never prosecuted a money-laundering case. FATF also found that Cambodia had done little to investigate cases of money laundering and terrorist financing, while the watchdog described the Cambodian judicial system as having "high levels of corruption."

In early August, Australian challenger bank Judo announced it had completed a second round of equity fundraising that brought in a record $400 million, double the original target of $200 million. In this new round of fundraising, the largest ever for an Australian startup, Bain Capital Credit and Tikehau Capital joined existing shareholders OPTrust, the Abu Dhabi Capital Group, Ironbridge and SPF Investment Management.

The Chinese gambling hub of Macau has a well deserved reputation for illicit activity. Although the territory has prospered in the two decades since returning to Chinese rule, overtaking Las Vegas to become the top gaming destination globally, the sources of its riches have sometimes been questionable. Corrupt officals and businessmen as well as criminal organizations launder money through the territory, taking advantage of its lax regulatory environment. Macau has no currency or exchange controls, while its threshold for reporting transactions in casinos is more than US$62,000, compared to an international standard of US$3,000.