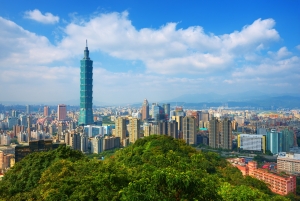 Taiwan's regulatory sandbox has approved its first startup, Hong Kong-based financial settlement network EMQ. In Taiwan, EMQ will focus on remittance services for Indonesian, Vietnamese and Filipino migrant workers - a large and growing market. In 2018, migrant workers in Taiwan sent more than US$3 billion home, according to Taiwan's central bank. 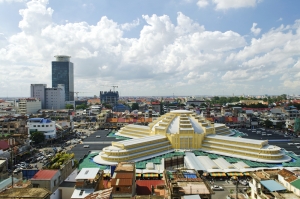 Within Asean, Cambodia is a relative latecomer to fintech.  Its neighbors Vietnam, Thailand and Singapore are all well ahead in terms of digital finance adoption. But with the Cambodian government now supporting fintech through the National Bank of Cambodia, the country could be poised for a transformation.

Despite its embrace of advanced technology, Japan is a country that likes cash, settling 80% of transactions with paper bills and metal coins.  It is not uncommon to find restaurants and bars in the capital city of Tokyo - the world's largest metropolitan area - that do not accept any other form of payment. If the shop is small and family owned, don't expect to pay with a credit card.

The cryptocurrency winter is getting frostier, but a blockchain spring may be around the corner in South Korea. Seoul's prudent approach to distributed ledger technology - less draconian than Beijing's but stricter than Tokyo's - just may represent the happy middle ground. A year ago, Seoul moved to ban anonymous virtual currency trading in a bid to quash crypto related crime, but stopped short of shutting down exchanges as China has done. Meanwhile, although Japan has also banned anonymous trading, it allows crypto to self-regulate, for better or worse.

Is Vietnam the next hotbed for fintech?

With its underdeveloped banking sector, Vietnam is a prime market for digital financial services. Thus far the pace of development has been modest, but analysts expect it will speed up considerably in the next few years. In a November report, ratings agency Moody's said that startups focused on payments were the most prevalent in the nascent Vietnam fintech segment. By some estimates, payments startups account for almost 50% of Vietnam's fintech firms. Vietnam also has about 25 fintech incubators, accelerators and innovation labs.

In an interim report released last month Australia's Banking Royal Commission has highlighted the misconduct, greed, and even criminality involved in the Australian financial services industry. Set up in December 2017, the commission has worked through over 700,000 documents to investigate the dealings of some of Australia’s largest financial companies. The commission has heard from victims and cross-examined some of the key figures in the industry. The results are damning and are likely to spark much greater support for tougher regulation on the banks in the future. However, a battered, bruised, and riskless financial system is no good to anyone and may end up causing further disruption to the economy. It’s important that the government finds the right balance.

The Samoyed manages your credit card in China

At the end of last month, another Chinese fintech company Samoyed Holding filed for $80 million IPO on the New York Stock Exchange. The company provides consumer finance services for the Chinese millennials. Its main business is the credit card balance transfer business, counting for 74.7% of its 2017 turnover.

Will a closer EU-China partnership stop the trade war?

The 20th China-EU high summit was held in Beijing this past week and attracted a lot of attention due to the current global trade tensions. As the speculation on trade war continues, the EU and China decided to stand together against Trump’s attack on the global trade system.

The Financial services sector is integrating AI (artificial intelligence), machine learning and predictive analytics at a remarkable rate for both customer-facing and back-end operations. One element commonly associated with AI, but one that has not yet made a strong impact, are ‘chatbots,’ computer programs designed to simulate conversation with human users. However, this could be about to change, with large financial institutions starting to experiment and launch products leveraging AI technology.

Race to the top: Lufax in Singapore

Asia is the heart of the rapidly growing FinTech movement. Singapore is one of the countries in the region vying for the top spot as Asia’s FinTech hub. With Singapore constantly getting closer to being the industry’s hub in Asia, it is not surprising that there is competition from other regions within Asia – particularly Hong Kong.

Why Asia matters for ICOs

In the second of our ICO series, we look at the role that Asia plays in Initial Coin Offerings. 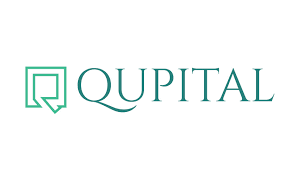 There is a large financing gap in the Hong Kong market, particularly for SMEs who have become increasingly frustrated with the lack of available financing. Thus, it was not a shock when Alibaba – the Chinese e-commerce conglomerate – invested $2 million into Qupital, a Hong Kong based online platform that allows mainly SMEs raise finance against their receivables by connecting them with professional investors and family offices.

Scaling back Dodd-Frank and the impact on Asian financial services

The new US President Donald Trump has made clear his intention to roll back, and possibly repeal, the Dodd-Frank Act of 2010. This will have wide-reaching repercussions for Asia.

How Singapore is catalyzing fintech growth: Lessons from the China Fintech executive tour to the Singapore Fintech Festival

As part of our China Fintech initiative, we brought a group of Chinese executives to Singapore for the Fintech Festival and a number of company visits. The 17 fintech executives from some of China's largest P2P lenders, consumer finance groups and digital payments platforms were part of the group.