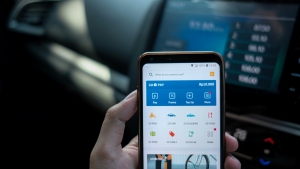 In 2019, the Asian tiger economies cautiously welcomed virtual banks. The financial centers of Hong Kong and Singapore as well as the advanced manufacturing hubs of Taiwan and South Korea can all benefit from digital-first competition in their respective financial sectors, where incumbents dominate. That has led to some complacency.

In Cambodia, fintechs and banks find it pays to join hands 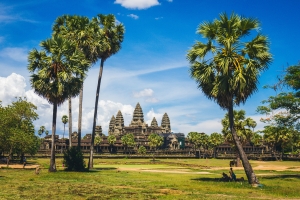 Across Southeast Asia, traditional banks and fintechs have been inking partnerships. The fintechs, despite the "fin" in their name, almost always have stronger technology than banking acumen. In contrast, banks have deep financial expertise and clunky legacy IT systems.

In the Kingdom of Cambodia, the line between traditional banking and fintech is increasingly blurred. ABA Bank, a traditional lender which has become a leader in digital banking, is a good example. In a January report, AsiaMoney notes that the bank has undergone an unlikely transformation. Founded in 1996, ABA did not perform especially well for the first 13 years of its existence. But a decade ago, under the guidance of some deep-pocked investors from Central Asia, the bank hit the reset button and changed its business strategy. Today, ABA is a leader among Cambodian banks with assets of about US$4 billion.

Tonik approved for digital banking license in the Philippines

The Philippines has issued a digital banking license to Tonik Financial, a Singapore-based fintech. The firm claims to be both the first native digital bank in the Philippines and the Southeast Asia region. The Philippines central bank, Bangko Sentral ng Pilipinas (BSP), approved Tonik for a license that will allow it to offer a full range of retail banking services, with a focus on retail deposits and consumer loans.

2020 is off to a good start for South Korean fintech unicorn Viva Republica. The PayPal-backed firm received preliminary approval from South Korea's Financial Services Commission for a license to operates its neobank Toss Bank. Toss Bank will be permitted to offer a suite a retail banking services, including current accounts, credit and loan products. Toss Bank is expected to launch in the first half of 2021.

Viva Republica can finally breathe a sigh of relief. The FSC rejected its initial digital banking license application last year on the grounds that it had a problematic ownership structure - ie: a tech company holding a large majority stake - and ability to raise funds. The FSC noted that Toss Bank lost 44.5 billion won in 2018, raising doubts about the neobank's plan to increase its capital more than fourfold in three years. The FSC's point about funding was salient, given the tendency of fintechs to burn through cash without blazing a trail to profitability. Viva Republica evidently revised its fundraising plan in a satisfactory manner on the second go.

Vietnam is ready to finalize plans for a regulatory sandbox for fintech banking and cashless payments, according to Asia financial magazine The Asset. The Vietnamese government issued Resolution 01 on January 2, which outlined significant tasks and solutions to bolster the country’s socio-economic development in 2020. The sandbox is expected to support the growing sharing economy in Vietnam as well as numerous local startups.

The State Bank of Vietnam (SBV) has been a supporter of the fintech sector since 2017. In addition to establishing a fintech-focused steering committee, the SBV created the initial proposal for a fintech sandbox in Vietnam. Deputy Director of Payments at the SBV, Ngo Van Duc, said that the Vietnamese government needed to develop new regulations and policies to ensure the continued development of the fintech sector in Vietnam and that the creation of a regulatory sandbox for fintech was an urgent need.

Beijing is serious about promoting Macau as a financial hub

The former Portuguese colony of Macau, China's answer to Las Vegas, has long struggled to diversify its economy away from gaming. Efforts to promote MICE and family tourism have had limited success. After all, Macau is small and faces stiff competition in the region.

Yet, amidst relentless political turmoil in Hong Kong - China's only global financial center - Beijing has found a new opportunity for Macau: offshore finance. While Macau cannot replace Hong Kong, it might be transformed into a secondary offshore financial center for China. Macau benefits from the same one country, two systems model that governs Hong Kong, although the former's legal system is Portuguese rather than British, and doesn't enjoy the same prestige.

Why are Grab and Singtel applying for a Singapore digital banking license together?

Singapore's ride-hailing unicorn Grab is Southeast Asia's answer to Uber. But as Uber's cash-hemorrhaging business model has come under closer scrutiny, Grab has been racing to rebrand itself: first as a digital bank, then as a "super app" that will offer users in Southeast Asia the same bevy of services as WeChat does in China.

Grab has teamed up with a number of financial-services incumbents in its bid to become a digital bank, but there's a problem with that approach: Incumbents want to co-opt Grab, not let in move in on their core revenue drivers. That's why it makes sense for Grab to apply jointly for a Singapore digital-banking license with telecoms giant Singtel. The two firms have plenty of synergies and no conflicting interests. They applied for the license as a consortium just before the December 31 deadline, with Grab holding a 60% stake and Singtel 40%.

Australia is not considered a country at high risk for money laundering. When the Financial Action Task Force (FATF) grades Australia on different AML criteria, it tends to award a "compliant" or "largely compliant" grade. Only 14 of 40 criteria were graded as "non-compliant" or "partially compliant" during FATF's most recent review of Australia. The most long-running of Australia's AML weaknesses are in the property market, where some analysts say unsavory characters from overseas launder illicit cash.

That's why the the recent money-laundering scandals involving one of Australia's biggest four banks come as an unpleasant surprise. The Royal Financial Services Commission's review of misconduct in the banking sector had already cast the biggest Australian lenders in in an unflattering light. Now Australia's financial intelligence agency Austrac is proceeding with legal action against Westpac, one of the four largest Australian banks, alleging that breached AML and counter-terrorism laws more than 23 million times in $11 billion in transactions. Some of the transactions reportedly involved the exploitation of children.

The political unrest in Hong Kong has plunged the city's economy into recession for the first time since the global financial crisis of 2008-09. The retail and hospitality sectors have borne the brunt of the blow so far, but that's set to change barring a miraculous easing of tensions.

One of the most obvious impacts of the unrest on the financial sector is the delay of Hong Kong's planned launch of eight virtual banks. The neobanks, which are heavily represented by financial interests from the mainland, were set to swoop onto the scene and shake up a staid banking sector dominated by a handful of incumbents accustomed to high profits and meager competition. That would have been a boon for consumers and forced incumbents to up their game. In fact, ahead of the anticipated arrival of the neobanks, traditional banks had already started to slash some unpopular fees.

Neobanks are coming soon to Singapore, but the top incumbents appear cool as cucumbers. That's largely because the Monetary Authority of Singapore (MAS) favors a gradualist approach to fintech, rather than a disruptive one. When possible, the regulator encourages incumbents and fintechs to join hands.

Overseas Chinese Banking Corporation (OCBC), Singapore's longest established bank, is following that cooperative route favored by the MAS. Compared to its rivals UOB and DBS, OCBC "is a laggard...in the digitializing processes" according to a September research note by CGS-CIMB but is now eyeing one of Singapore's coveted digital-banking licenses.

Will the Hong Kong fintech sector continue to grow in 2020?

Research by Hong Kong University shows that the city's fintech sector grew steadily from April 2018-March 2019. According to HKU's data, the Hong Kong FinTech Growth Index for 2019-20 increased by 52.9% during that period. Looking primarily at fintech customer adoption rate, the picture is relatively rosy - that figure grew by 113% compared with the 2018-19 fiscal year.

Examining the business environment though, the picture no longer looks so rosy. That metric only grew by 5% during the same period. Despite positive developments in terms of funding and capital allocation, concerns about the investment environment, government policy and regulations weighed on the fintech business environment, HKU found.

There's an upside to less fintech funding in Asia

Recent media reports highlight falling fintech funding in Asia, citing new research by CB Insights. CB Insights reckons that Asia's fintechs will raise about US$4 billion this year, compared to more than US$23 billion last year. Ostensibly, it looks like a fintech winter is upon us, or at least a chilly autumn.

How will open banking affect financial services in South Korea?

South Korea has been something of a fintech laggard compared to its neighbors in East Asia. Demand for native digital banking services among Korean consumers and businesses is robust, but regulators have erred on the side of protecting incumbents. South Korea's Financial Services Commission (FSC) even rejected all the applicants for virtual-banking licenses earlier this year.

The arrival of open banking could give South Korea's financial services sector a much needed shot in the arm, improving consumer choice and pushing banks to up their game. Customers would be able to manage multiple accounts and withdraw and transfer money from a single smartphone app.

Philippines at risk of returning to money laundering blacklist

The Philippines is in danger of being listed once again as a high-risk money laundering country by the Financial Action Task Force (FATF), a global AML watchdog. To avoid ending up on a list that includes countries such as North Korea and Iran, Manila must address weaknesses in its AML and counterterrorism financing capabilities.